Where Are They Now

The alumni of the undergraduate and graduate programs of the Department of Art History have gone on to a wide variety of careers nationally and internationally, ranging from tenured academics to museum curators, gallery directors, gallerists, art experts in leading auction houses, and to a variety of other occupations that may or may not have anything directly to do with art. Whatever they do, our alumni find that an education in art and art history enhances understanding, interpretation, and appreciation of cultures past and present, and enriches our engagement with the world.

For the latest news on the achievements, awards, and successes of the Department’s alumni, please visit our News page. 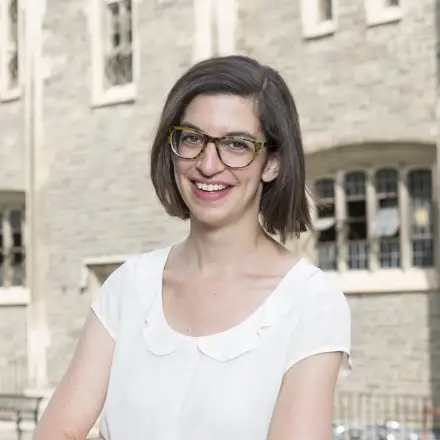 Kate Addleman-Frankel joined the Johnson Museum of Art in October 2017. Since her arrival Kate has been collaborating with faculty, librarians, and curators to develop thematic teaching sets of images to help instructors integrate visual materials more deeply into their curricula. The first teaching set, built around an introduction to photography, will be followed by additional sets in Asian studies, landscape and the environment, inequality and discrimination, and labor and work—four themes chosen to engage a wide range of faculty partners. While fostering more extensive and coordinated use of the photography collections, these sets will also be used in campus-wide First-Year Writing Seminars to encourage visual literacy and to show students how to use visual objects in their writing and research. Kate completed her PhD under the supervision of Professor Jordan Bear. 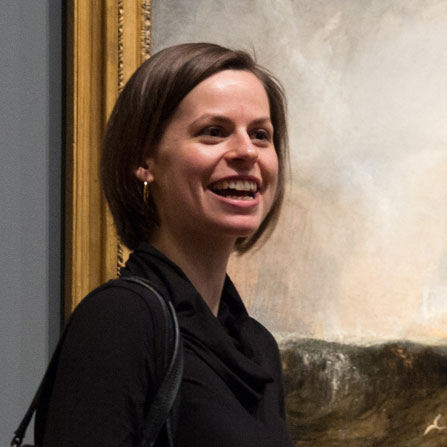 Nina Amstutz joined the faculty in the Department of the History of Art and Architecture at UO in 2015. Her current book project, "Caspar David Friedrich: Nature and the Self," is under contract with Yale University Press and considers how methods and ideas in the life sciences informed the relationship between nature and the human subject in the German Romantic painter Caspar David Friedrich’s late landscapes. She has published aritcles related to this project in Art History (2014) and Zeitschrift für Kunstgeschichte (2016). Nina completed her PhD under the supervision of Professor Mark Cheetham. 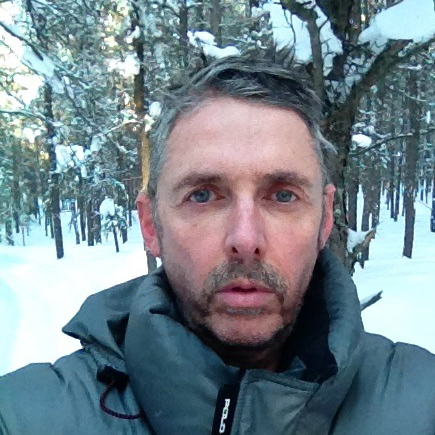 Oliver Botar is a Professor of Art History in the School of Art at the University of Manitoba. He completed his doctoral work under the direction of Professor Robert Welsh, in the then Department of Fine Art at U of T, submitting his thesis “Prolegomena to the Study of Biomorphic Modernism:  Biocentrism, László Moholy-Nagy’s ‘New Vision’ and Ernő Kállai’s Bioromantik” in 1998. It was a major contribution to the study of German and Hungarian intellectual history. He is a leading scholar of the Bauhaus and Hungarian modernism, who brings to bear his deep knowledge of urban planning and history of science in his writing on historical and contemporary art and design. His many publications in English, German, and Hungarian, include the major catalogues, Sensing the Future: Moholy-Nagy, Media and the Arts (2014) and A Bauhausler in Canada: Andor Weininger in the 50s (2009). 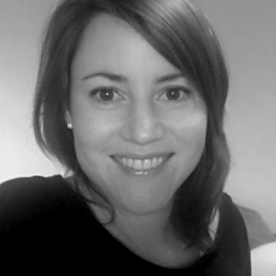 Corrinne Chong completed her PhD on the “The Musically Vague in the Art, Writings, and Critical Reception of Henri Fantin-Latour” at the University of Edinburgh in 2016. From 2017 to 2019, she was a leading member of the curatorial team for the Early Rubens exhibition at the Art Gallery of Ontario and until October of 2020, she was the Marvin Gelber Curatorial Fellow in Prints & Drawings  Her interdisciplinary research includes the intersections between art history and film, and the relationship between musical culture and painting the 19th and early 20th centuries. In collaboration with a musicologist, her current curatorial project explores the role of visual artists in the world of opera scenography. Corrinne is also deeply committed to education and has been a teacher with the Peel District School Board since 2005. Heather Diack is Assistant Professor of Art History at the University of Miami where she teaches modern and contemporary art, critical theory, visual culture, and the history of photography. Within these fields, Diack specializes in the history and theory of conceptual art, global contemporary art practices, and American studies with an emphasis on art from the late 1960s to the present. Diack’s research approaches art history through an interdisciplinary lens, grappling with significant shifts in twentieth- and twenty-first century art, while drawing connections to relevant cultural and socio-political contexts. Heather completed her PhD under the supervision of Professor Louis Kaplan. 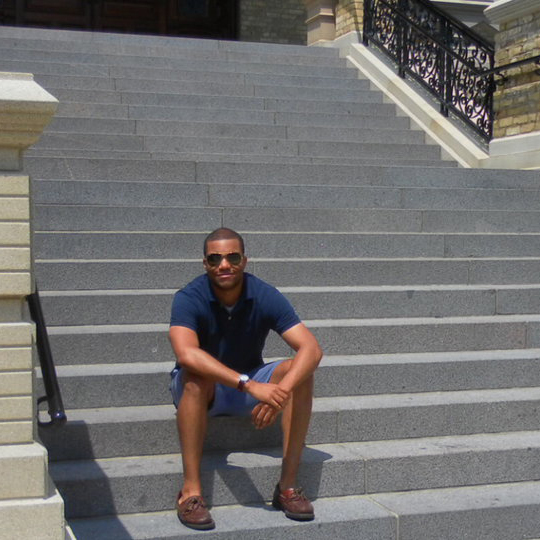 From 2013, Alex Hoare has been Lecturer in Early Modern Art at the University of Bristol, where she teaches undergraduate and graduate courses in Renaissance and Baroque topics. Her current research projects include two publications (Harvey Miller Publishers, 2018) on the painter and satirist Salvator Rosa (1615–73). She is also preparing a new project on the phenomenon of autonomy among early modern artists. After graduating from Toronto, she held a three-year post-doctoral fellowship as Research Associate at CASVA (Center for Advanced Study in the Visual Arts), National Gallery of Art, Washington DC, where she worked with visiting scholars and the Dean on a series of research projects and publications, including the two first volumes of a new critical edition and translation of Carlo Cesare Malvasia’s Felsina Pittrice. Alex completed her PhD under the supervision of Professor Philip Sohm. 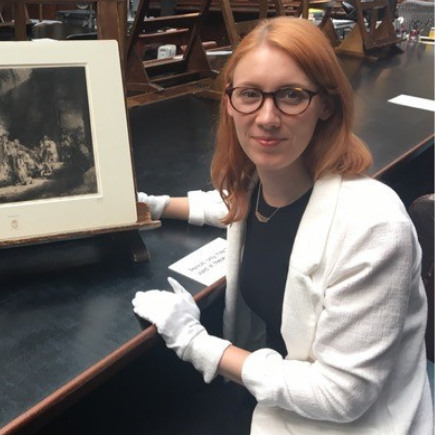 Olenka Horbatsch is curator of the Dutch and Flemish collection of Prints and Drawings before 1880 at the British Museum. Olenka completed her dissertation on printmaking in the Netherlands c. 1520-1540 under the supervision of Professor E. M. Kavaler and defended in January 2017. Olenka specializes in Netherlandish graphic arts from the fifteenth to the seventeenth centuries, with a particular interest in materials and techniques and their significance to the function and reception of prints and drawings.

At the British Museum, she is in charge of one of the most comprehensive collections of Netherlandish graphic arts, including important holdings by Rembrandt and Rubens. She has curated an exhibition of Rembrandt’s prints and drawings (2019) and is preparing an exhibition of printmaking in Prague under Rudolph II (2021). She is currently undertaking a research and catalogue project on early Netherlandish drawings in the Museum’s collection. Her work has appeared in the Rijksmuseum Bulletin and in edited volumes published by Brepols, Routledge and British Museum Press. In addition to research and exhibitions, Olenka teaches post-graduate courses with objects in the study room and lectures to a broad range of audiences in order to share the collection as widely as possible.. 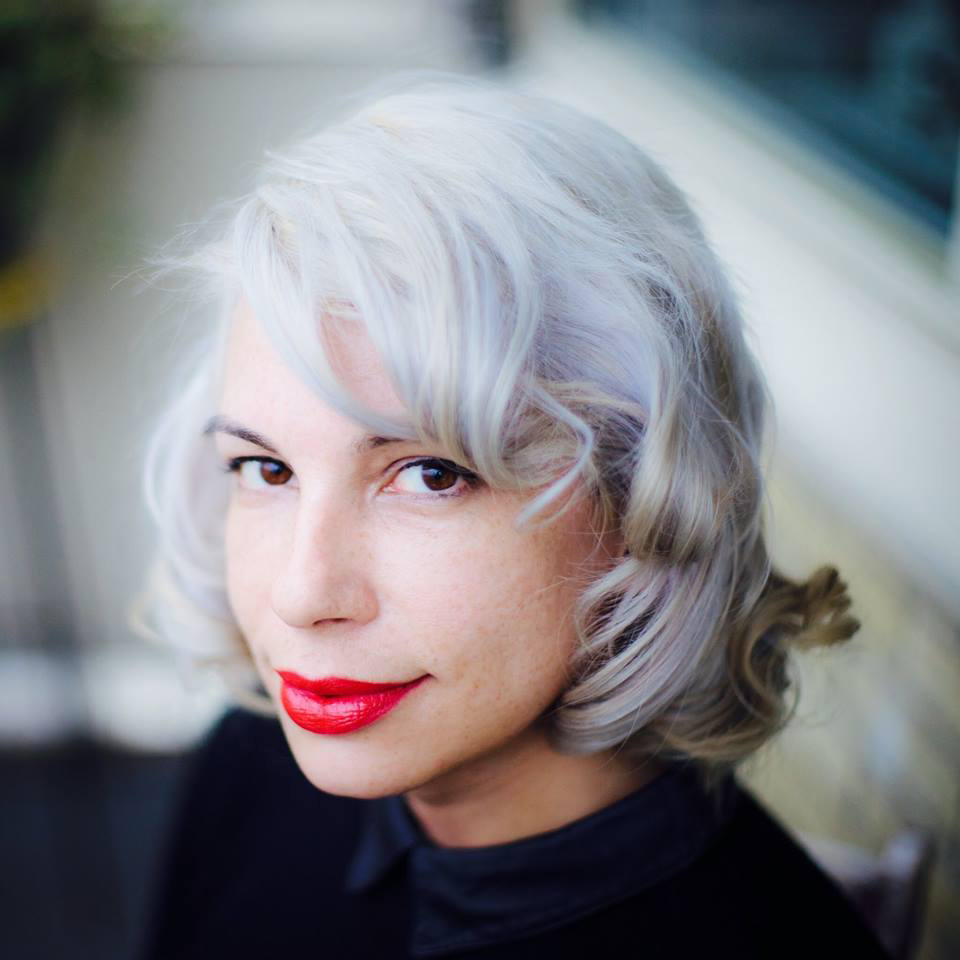 Lise Hosein produces regional video content for CBC Arts. Before CBC Arts, she was an on-air arts reporter at JazzFM and an interview producer at George Stroumboulopoulos Tonight. Lise occasionally teaches at OCADU and Sheridan College. Katie Jakobiec is an art and architectural historian with research interests that lie broadly in interdisciplinary approaches to the built environment of the early modern period. Currently she is preparing for publication her first book, The Architecture of Commodities, which explores the buildings and sites that facilitated the exchange of goods in the Baltic Sea region. Before her fellowship at I Tatti, Katie was the Scott Opler Junior Research Fellow in Architectural History at Worcester College, University of Oxford. She has taught art and architectural history at the University of Edinburgh and at the University of Toronto. Katie completed her MA (2006) and her PhD under the supervision of Professor Christy Anderson. Carolina Mangone specializes in southern Renaissance and Baroque art. She is currently completing a book manuscript that examines how Gianlorenzo Bernini, the “Michelangelo of his age,” perpetuated his predecessor’s achievement in an epoch as deeply ambivalent about Michelangelo’s artistic exemplarity as it was wholly obsessed with his prestige and celebrity. Before joining the Princeton faculty, Carolina was an Andrew W. Mellon post-doctoral fellow and lecturer in the Department of Art and Archaeology at Columbia University (2013–15). She teaches courses on 15th-, 16th- and 17th-century southern European figural arts, architecture and material culture with a focus on concepts and practices of imitation and originality; medium specificity and inter-mediality; the arts of self-inscription (portraiture, biography, autobiography); the phenomenon of non-finish; the posthumous lives of early modern artists in image and text; and the practices and temporality of early Christian antiquarianism. Caroline completed her PhD under the supervision of Professor Evonne Levy. 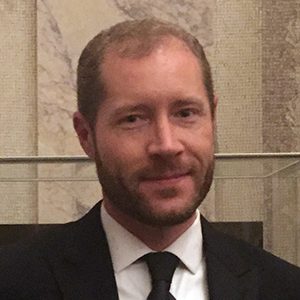 John T. McQuillen is the Assistant Curator of Printed Books & Bindings at the Morgan Library & Museum in New York. John completed his dissertation, In Manuscript and Print: The Fifteenth-Century Library of Scheyern Abbey, Bavaria, under the supervision of Professor Adam S. Cohen and defended in September 2012. John specializes in medieval manuscripts and the European invention of printing, focusing on the physical evidence in books that elucidate their production, history, use, and the implications that their medium had on their readers.

At the Morgan Library, John is in charge of the premier collection of incunabula (books printed before 1501) in North America, including three copies of the Gutenberg Bible. Straddling both the research library and art museum worlds, John teaches classes with rare book materials, assists scholars in their own research pursuits, researches and acquires items for the collection, as well as creates public exhibitions drawn from the rich holdings of the Morgan Library & Museum, across the departments of Printed Books & Bindings, Ancient Seals & Tablets, Medieval & Renaissance Manuscripts, Literary & Historical Manuscripts, and Prints & Drawings. Through his work at the Morgan, he has been featured on rare book blogs and in television interviews on the PBS NewsHour and Charlie Rose programs. 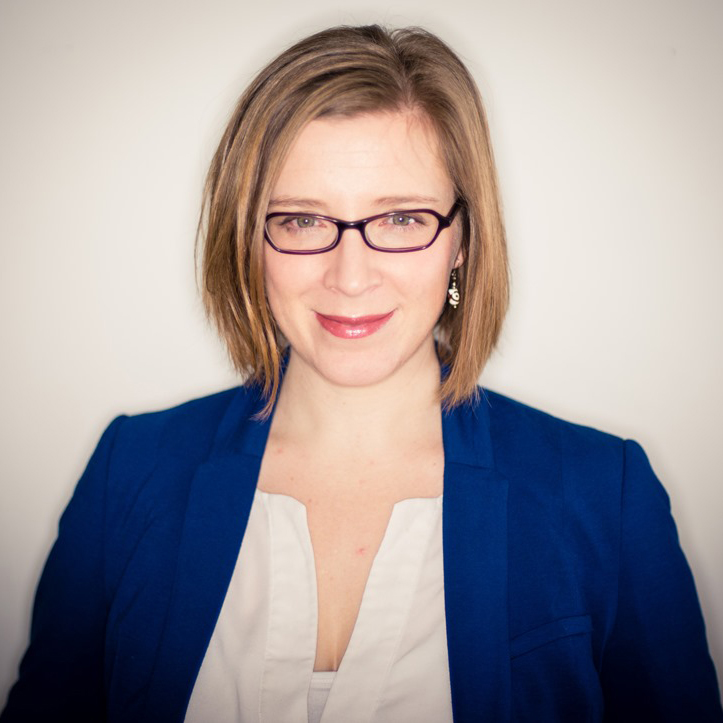 After her thesis study on Tibetan Buddhist mural paintings, Sarah is teaching students in history of religion courses at UTM (using a lot of images and objects!). She is excited to show students how objects can be another kind of “text” through which to understand both history and religion. She is working on a book about the roles of inscriptions in Tibetan architectural contexts, and an exhibition on the potential for personal transformation through sight in Buddhist contexts. Sarah completed her PhD under the supervision of Professor Jennifer Purtle. 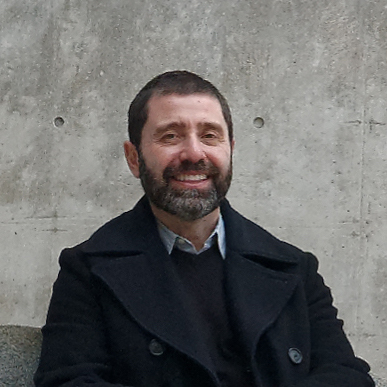 Michelangelo Sabatino studies intersections between culture, technology, and design in the built environment. After earning his doctorate at the University of Toronto, he pursued a post-doctoral fellowship in the Department of History of Art + Architecture at Harvard University. Sabatino taught the history of architecture at Yale University and the University of Houston before his appointment to IIT in 2014. He has been a research fellow at the Canadian Centre for Architecture in Montréal, The MacDowell Colony, the Georgia O’Keefe Museum Research Center, and the Wolfsonian at Florida International University. He lectures widely in Europe and the Americas, participates in juries, and serves on a number of editorial boards. Sabatino has served as Visiting Professor at the Instituto Universitario di Architettura (IUAV), Universita degli Studi della Campania, and TU Delft.

His monograph Pride in Modesty: Modernist Architecture and the Vernacular Tradition in Italy (2011) was recognized with multiple awards, including the Modern Language Association’s Aldo and Jeanne Scaglione Prize for Italian Studies, the Society of Architectural Historians’ Alice Davis Hitchcock Award, and the American Association of Italian Studies’ Best Book Award, 20th and 21st Centuries. 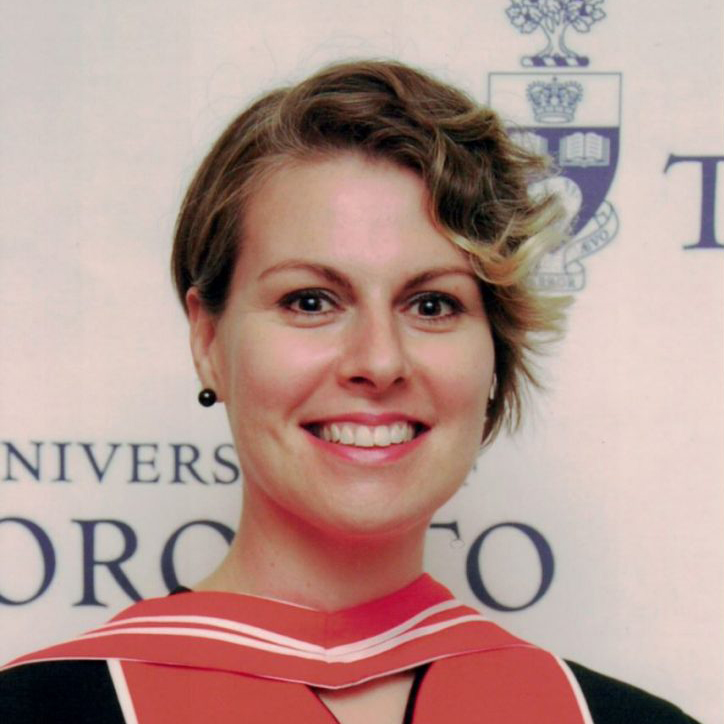 Devon Smither joined the Faculty of Fine Arts at the University of Lethbridge as an Assistant Professor in 2016, where she teaches Canadian art history, Museum Studies, and Indigenous art history. Current research projects include an examination of the self-portraits of Canadian artist Pegi Nicol MacLeod and a longer-term research project on the women artists whose work formed the foundation for the Whitney Museum of American Art. Devon holds a BA from the University of Alberta and an MA from the University of British Columbia and completed her PhD under the supervision of Professor Mark Cheetham. 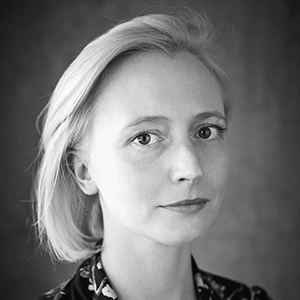 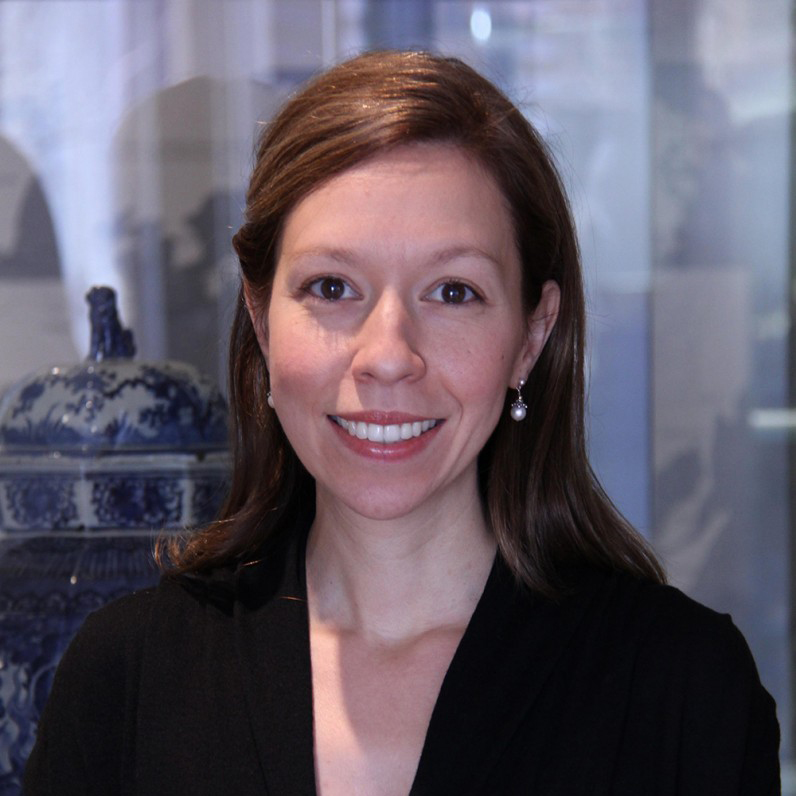 Karine Tsoumis is a specialist of the Italian Renaissance with a focus on sixteenth-century Venetian art, maiolica and the material culture of the domestic space. She received her Masters’ Degree in Art History from McGill University (2005) and completed her PhD under the supervision of Professor Philip Sohm. Karie joined the Gardiner Museum in 2012 as the curator of the historical collection.