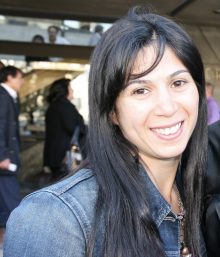 Heba Mostafa received her doctorate from Cambridge University’s Department of Architecture in 2012, where she also taught courses on Islamic art and architecture. She previously held positions at the American University in Cairo and the Arab Academy for Science and Technology. She holds a B.Sc. in Architectural Engineering from Cairo University (2001) and an MA in Islamic Art and Architecture (2006) from the American University in Cairo. Between 2012 and 2014 she was the Sultan Post Doctoral Teaching Fellow/ Visiting Assistant Professor at the Center for Middle Eastern Studies and the Department of Art History at the University of California, Berkeley, in the areas of History of Islamic Art, Architecture, and Urbanism. Between 2015–16 she was a postdoctoral research fellow at the Kunsthistorisches Institute in Florence where she explored the role of narrative in shaping sacred space in early Islam. Between 2014–17 she was Assistant Professor of Islamic Art, Architecture and Urbanism at the Kress Foundation Department of Art History at the University of Kansas.

Heba Mostafa specializes in the history of sacred space, embodiment and ritual practice in Medieval Islam with a particular interest in the cultural and intellectual history of the central Islamic lands during the first century of the Islamic empire. Her book project titled Architecture of Empire: An Architectural History of the Formation of the Early Islamic State explores the formation of Islamic architecture through the lens of early Islamic sectarianism and governance, addressing the mediation of political conflict and confessional division through architecture at the intersection of politics and the sacred. She also focuses on Islam’s interface with late antiquity, Christianity and Judaism through commemorative architecture, pilgrimage and ritual practice, with a focus on Jerusalem and Cairo. Her first article reconsiders textual evidence for the early mosque and challenges notions of formal influence in the interpretation of mosque architecture. Her interest in Jerusalem spans multiple time periods and themes to include an examination of Davidic commemoration in Medieval Islamic Jerusalem as well as early Islamic temporality, eschatology and ritual practice at the Haram al-Sharif. Her most recent publication builds upon the theme of architecture, ritual practice, temporality and nature veneration with a focus on Cairene urbanism and Medieval Nile ceremonial practices.

Heba Mostafa’s research explores the development of Islamic architecture during the seventh and eighth centuries with an emphasis on the interaction of the political and religious in the mosque, palace and shrine. Her first article “The Early Mosque Revisited: Introduction of the Minbar and the Maqsura,” reconsiders textual evidence for the early mosque and challenges notions of formal influence in the interpretation of mosque architecture.  Her book project examines similar themes in a broader context, to include the early palace and sites of pilgrimage in the Umayyad period alongside the mosque. Appearing in Fall 2017, her most recent article, “From the Dome of the Chain to the Miḥrāb Da’ūd: The Transformation of an Umayyad Commemorative Site at the Haram al-Sharif in Jerusalem,” re-examines evidence for Davidic commemoration in Medieval Islamic Jerusalem beyond the Haram al-Sharif. Heba is working on two side projects, the first focused on Nile veneration practices in Medieval Cairo and the second focused on the Haram al-Sharif in Jerusalem during the period of the Crusades, the latter funded in part by the Getty Foundation Connecting Art Histories Program (Art of the Crusades: A Re-Evaluation).