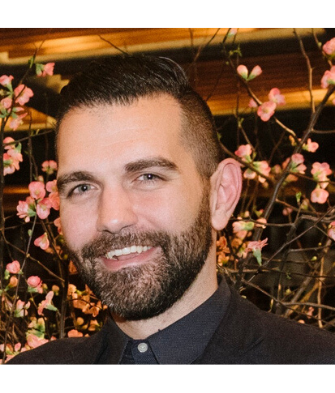 Michael Chagnon is a museum curator specializing in painting and the arts of the book from the early modern Persianate sphere. He was appointed Curator at the Aga Khan Museum in May 2019.

Dr. Chagnon has previously held curatorial posts at the Brooklyn Museum, LACMA, and Japan Society, and served in curatorial capacities for exhibitions at New-York Historical Society and Asia Society Museum.

In addition to curatorial and museum work, Dr. Chagnon has substantial teaching experience, including a graduate seminar on "Critical Approaches to Persianate Painting" at Columbia University (Spring 2019); a master-class series on Islamic manuscripts at the New York Public Library (2018); and surveys of Islamic art at City College of New York (2009-10), Montclair State University, New Jersey (2009), and the College of New Rochelle, New York (2008).

Recent essays include “The Reception and Illustration of Hafiz in Mid-Seventeenth-Century Iran” in Studies on the Iranian World Vol. II:

Medieval and Modern (2015), and “‘Cloath’d in Several Modes’: Oil on Canvas Painting in Later Safavid Iran” in the Rietberg Museum exhibition catalogue The Fascination of Persia: The Persian-European Dialogue in Seventeenth-Century Art and Contemporary Art of Tehran (2013).

Dr. Chagnon received his Ph.D. from the Institute of Fine Arts, New York University in 2015, with a dissertation titled “The Illustrated Manuscript Tradition in Iran, 1040s/1630s-1070s/1660s: Patronage, Production, and Poetics in the Age of the ‘Fresh Style.'"